Home iphones How To Send Voice Message From iPhone To Android 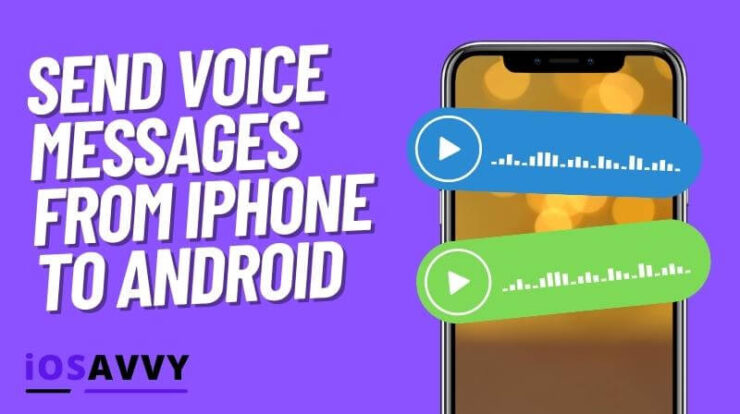 I’m an iPhone user, been so for most of my life, I only had a short period of time where I used and Android phone, and one thing that always looked weird to me, is that Android phones can send voice messages to iPhones, but not the other way around.

This article will help you know how to send a voice message from iPhone to different android mobile phones.

The simple reason is that apple devices use apps and features that are sometimes meant to be used with other apple devices. So some features will not work with other devices such as Android.

The same goes for Android devices, this is not just an apple thing, Android too have some features that will not work with non Android phones, so don’t go blame apple just yet.

How To Send Voice Message From iPhone To Android?

The simple solution is to use the voice memo app to record a voice memo and then just send it as a message. It’s annoying sometimes, but that’s the only way this works. Here’s how to do it:

Is sending voice messages from iPhone to iPhone easier?

YES, obviously, sending voice or audio messages from iPhone to iPhone is very simple, because the iMessage works well on both devices. Here’s how to send it:

NOTE – iPhone deletes voice messages you received automatically after two minutes unless you tap the small keep icon below each voice message bubble. If you want to have the iPhone to NOT delete it, you need to change it in the settings. You can read our guide about it here

Frequently Asked Questions about Voice Message from iPhone to Android

Why my iPhone can’t send audio messages to Android

Why do voice messages gets deleted after two minutes

It’s a privacy and storage concern with apple devices, part of the company vision and goal to keeping their users safe and sensitive information private, they decided to auto delete voice messages after two minutes. You can change this settings in the settings app if you like to keep voice messages.

Can Android devices send me a voice message

The ultimate iPhone blank text guide
What are blank text messages and how to use or get rid of them, here’s how.