Home iphones What Does The Star Mean On Apple Music? Find Out Here 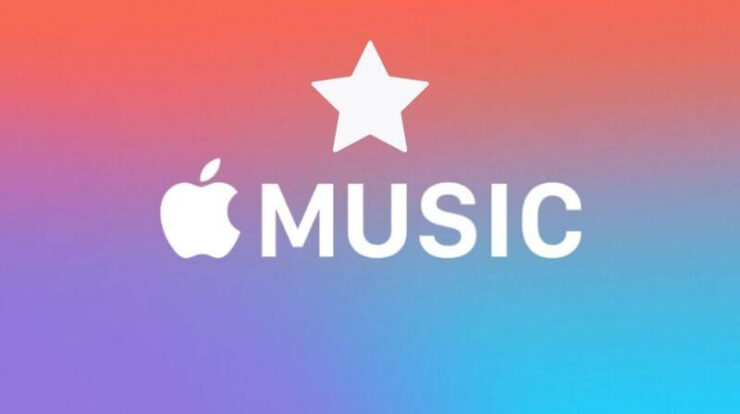 Some features in apple products are so small that you ignore them, for example what does the star mean on apple music? Have you ever wondered? Do you know the answer? If you want to find out, keep reading below.

Apple Music is one of the most preferred music streaming apps. One gets access to a wide array of artists and over 70 million songs. The Apple Music app has an easy-to-use interface that makes listening to music relatively easy. Many features are embedded in the Apple Music app that provides a personal listening experience.

Some albums or songs on the app have stars next to them if you have observed. Have you ever wondered what does the star mean on Apple Music?

These stars have been placed for a reason. In this article, we shall educate you about this reason so that you can use your Apple Music app to its maximum advantage.

What does the Star Mean on Apple Music?

In simple words, the songs that have stars beside them are the most popular on Apple Music.

Apple refers to these songs as Hot Tracks. Stars are given to those songs on an album that is often played. The songs that have stars are the most played numbers in the Apple Music library.

The most played tracks are detected based on all users, not just individual devices or accounts.

These stars keep changing frequently depending upon the ranking of a particular song. But, Apple does not reveal how many times a piece has to be played to get a star. The most stars an album can get is five, based on the listeners’ ratings.

This list keeps changing, but Apple Music allows you to view the Top 25 songs at a given time and even play them all as a list. Users can add their star rating to each song they listen to.

Is This Feature Available in the Newer Updates?

In the newer versions of Apple Music, this feature had been removed. But, the older updates have this feature. It is a handy feature that allows users to choose their favorite songs and also add stars to them.

What does the New Star at the Bottom of the Screen on Apple Music Mean?

At the bottom of the screen in Apple Music, you will find a star icon and the word “New” written under it. When you tap on this icon, it will direct you to a page that displays new music on the app.

This page has all the new artists and new music that have been recently launched. You can listen to these new songs and artists and see if you like any.

How Can I Rate Music on Apple Music?

It is easy to rate music on the app. Currently, the Apple Music app uses a star rating system ranging from 1 through 5. One can rate music with a star on Apple Music with the below-mentioned steps:

Step 1: Open the Apple Music app on your device or phone.

Step 2: Find the song you want to give a rating to.

Step 3: Launch Siri and ask her to rate the song with the number of stars you wish to give. You will get a rating confirmation on the screen.

Rating music on this app does not affect how it suggests music for you.

How Can I Change My Suggestions on Apple Music?

You can change your suggestions by hearing or loving songs on Apple Music. Follow these steps:

Step 1: Open the app on your preferred device.

Step 2: Find your favorite song and play it.

So, this was all about the Star on Apple Music. Apple keeps adding new features to its existing apps to provide a better usage experience for its users.

Step 5: Tap on “Love.” A message will appear on the screen showing an image of a heart, telling you that the app will recommend more music like the one playing.

The star given next to the songs in the Apple Music app indicates that these songs are most popular. They are hot tracks played several times to get the star rating. The Apple Music app also has a star icon at the bottom of the screen that takes you to a page displaying new music and new artists.

What Does the E Mean in apple Music
Love hearing music on the popular music app? Ever wondered what’s this E icon next to specific songs? This guide will explain it

Why is my apple Music Skipping?
You’re listening to your favorite music like always, but for some reason it keeps skipping. Here’s why and what to do about it

Was this page helpful?
Thanks for letting us know!