Home iphones Why is My Apple Music Skipping? Here Are the Reasons (and Fixes) 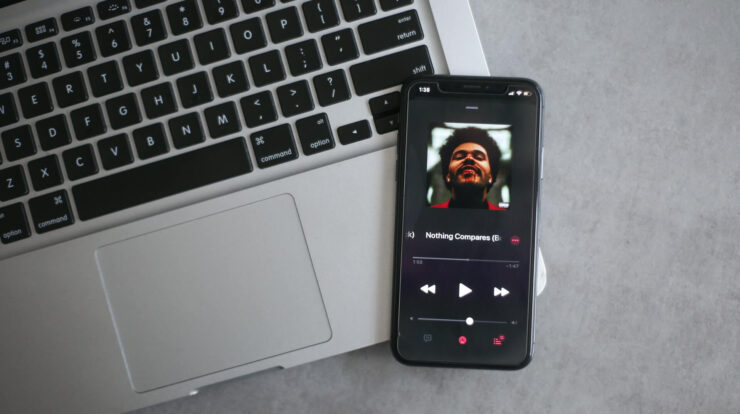 Did you just realize that Apple Music is skipping songs on its own? You’re not alone. Many people have asked why is my apple music skipping and wondered how to fix it.

When this does happen, it looks like the app has taken control over the playback and started to shuffle songs. Users report two different scenarios. One is where entire songs are skipped, and the second is where the songs lag like a scratched CD.

So why is my Apple Music skipping songs? While there are many reasons, unstable internet connection is the most common reason.

Apple Music is a music streaming app that allows you to listen to music over the internet. The app has to download the data packets that constitute the songs. Apple Music may skip a song and play the next song if a song is not downloaded.

Why is my Apple Music Skipping Songs – Most common reasons

But there are other reasons why Apple Music may cycle through songs. This article discusses all the reasons along with how to fix this issue.

What Causes the Skipping Issue in Apple Music?

As already mentioned, there can be varied reasons behind the auto-skipping issue.  Before you try to troubleshoot the error, it’s important first to figure out the root cause.

Apple Music can skip songs because of the following reasons:

Most, if not all, song skipping problems in Apple Music arise because of weak internet connection. This is especially true when streaming songs or using a curated playlist, while downloaded music remains untouched.

When you’re streaming music, the app downloads data packets in the background as the song is being played. Apple Music will skip to the following audio track when the connection is interrupted, and not all packets are downloaded.

At times, the Apple Music app itself is causing all the trouble. Apple releases periodic updates for the music app. And it expects all the users to be on the latest versions for best results. If you haven’t updated your iOS in a while, this might be the issue (assuming the internet connection is stable).

macOS uses content caching for online content to speed up connection and reduce data usage. The data is stored in the Apple Music and iTunes Store for music streaming. While this is not prevalent, the cache may interfere with the music playback sequence. So the app may skip certain tracks and play the next available one.

4. The media file is corrupted

If Apple Music is skipping audio files that you’ve downloaded onto your device, it might be the files causing the problem. There are many ways by which a file can become corrupted. For instance, if the audio file wasn’t downloaded properly, Apple Music will skip it altogether.

These are the common reasons for the audio issue. Go ahead and check for the exact cause so you can take measures to fix it.

How to Solve the Skipping Issue in Apple Music?

You can move forward with troubleshooting the issue now that you know about the potential reasons. The solutions aren’t tedious and don’t require any expertise either. But it’s important that you confirm the root cause behind this issue. Applying a solution to a different problem won’t fix the issue.

That being said, here are the fixes to Apple Music’s song skipping issue:

The first thing you need to do is inspect the internet connectivity. Is it sufficient to support the music stream? If not, try connecting to the WiFi instead, if it’s available.

Another solution is to lower the music quality for a better streaming experience. Apple places greater emphasis on audio quality. Apple’s flagship lossless audio quality consumes more data and requires a strong internet connection. You can navigate into Settings > Music > Audio Quality and turn off the Lossless audio toggle.

In some cases, a few of the songs in a playlist might be missing or unavailable. The same thing goes for downloaded audio files. Therefore, the app skips those audio tracks that are unavailable. You can try resyncing the playlist and restoring the audio tracks.

If you haven’t updated your Apple Music app for a while now, try updating the iOS. The app is built into the iOS platform. So upgrading your iOS will update the app too, which in turn will fix the issue.

It’s quite possible that the reason might be something other than those discussed above. After all, there are scores of settings you can tweak in an Apple device. Some of them may affect the music playback. So if the above measures fail, contact the Apple Support team and seek assistance. You can also walk into an Apple Store and ask the employees to look into the matter.

These are the ways to fix the ‘Apple Music skipping songs’ issue. You can expect the app to play the songs seamlessly from now onwards.

If you’re experiencing the issue while listening on a Bluetooth device like AirPods, check for a few things.

First, make sure you’re within the coverage range. The range for the latest Apple AirPods is between 30-60 feet. If you’re constantly in and out of the spectrum, the app will establish a new connection every time you’re within the range. It may cause the app to pause or skip the current song.

The other thing to check for is compatibility. Make sure the hardware and software of the Bluetooth device is compatible with that of the Apple device.

Apple Music skipping a song might be frustrating, but it’s not a big problem at all. Don’t get into thinking that your device is infected with viruses or someone has hacked into the system. Following the aforementioned techniques will fix the Apple Music skipping songs issue in no time. But don’t hesitate to seek help from Apple Support if the problem persists.

What Does the E Mean in apple Music
There are so many little icons in the apple music app, and I don’t know what half of them mean. This article explains what the E icon means.

How to Accept Requests on apple Music
I heard people can send music or songs requests now on apple music. That’s awesome! Here’s how to accept these requests.

What does the Star Icon Mean on apple Music
With all the icons on apple music, I really want to know what the Star icon is. Because it’s shiny and nice.

Was this page helpful?
Thanks for letting us know!