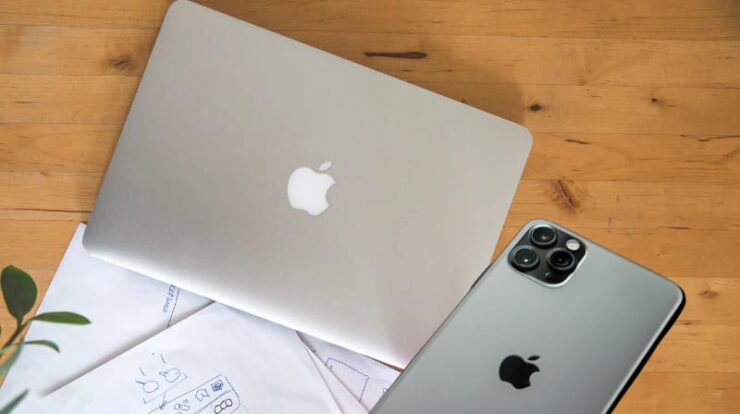 The battery is one of the most important aspects of any Apple device. We all want our devices to last long, which is why there are so many articles on keeping your battery healthy. One recent addition to Apple devices is True Tone. But does this new feature come with a cost? In other words, does True Tone drain the battery? The answer is yes, but only marginally. Let’s take a closer look at how True Tone works and what you can do to conserve battery life.

True Tone display is a great feature on your iPhone, iPad, or MacBook. It works autonomously and adjusts the color temperature. The only thing that concerns Apple users is its impact on battery life. Few users report that it drains the battery faster.

So does the True Tone feature drain your iPhone or iPad battery? The feature does consume more battery. It is supported by sensors that sense your surroundings. These sensors need power, which comes from the battery.

However, the drainage might not be as much as you think. Continue reading to learn more.

True Tone comes enabled in most Apple devices by default. So you might be wondering how much it affects your device’s battery life.

In reality, there are no drastic differences. It’s true that it uses sensors all the time to keep track of the surroundings. Also, there is software that runs in the background to moderate the color.

But the power consumption of those entities is negligible — especially when you consider other factors.

The sensors are located in the notch area, and they’re minuscule. So it’s unlikely they alone are going to draw excessive power from the battery, especially when there are other sensors too.

That being said, True Tone sensors do consume energy and drain the battery. The estimates as to how much don’t exist yet. But it’s undoubtedly not drastic (unless there are some hardware or software issues).

True Tone adjusts the brightness of the screen along with color (even though there’s an auto-brightness feature). So at higher brightness, your battery is likely to drain faster.

Is True Tone worth it?

True Tone was a highly-marketed feature for iPad Pro when it debuted in 2016. Apple claimed it would offer a better viewing experience. But is the feature worth it?

To decide, let’s understand what True Tone actually does.

When you look at the color of an object, it’s a combination of its natural color and the light color bouncing off of it. If you have noticed, our surrounding colors change all the time.

In the morning hours, the light is redder due to the rising sun. In the afternoon, it turns yellow and back to red in the evening hours when the sun is setting.

So indoors, where the ambient light is warmer, the display will be warmer. Likewise, the screen will be cooler outdoors under the blue sky.

Ambiance lights can alter the natural color and influence decision-making. True Tone is worth the battery consumption if you want to look at colors as they are and not influenced by surrounding light.

How to turn off True Tone?

It’s understandable that not everyone would need the True Color feature. Perhaps you want to see the picture as delivered by the screen with minimal interference.

Also, if your battery is running in single digits, turning off the feature may extend the battery life a bit.

Either way, you should know how to turn off True Tone on your iPhone.

Here’s how you can turn off the True Tone feature in an iPhone:

Doing so will disable the True Tone feature. The exact process applies to iPad users. On Mac, you need to go to the Apple menu > System Preferences > Displays. Click on the applicable Display Settings and deselect the True Tone checkbox inside it.

Q1: Does True Tone use a lot of battery?

A: True Tone doesn’t require a lot of battery to function. The sensors that power True Tone aren’t big. Moreover, the battery capacity of iPhones and iPads is increasing with every product release. You’ll hardly notice any differences if you turn the feature off.

Q2: Does True Tone drain the battery in Mac?

A:  No, the True Tone feature doesn’t drain Mac batteries either. The sensors are small and located near the front camera. It works continually to gauge the brightness, but it doesn’t require much power. Given that Mac has a longer battery than iPhone, the difference becomes insignificant.

A: Yes, True Tone is helpful to the eyes. It reduces eye fatigue by displaying natural colors. So your eyes have to work less. Furthermore, it produces warmer screen color and blocks blue light as you get closer to bedtime. It helps you fall asleep quickly.

Q4: Does True Tone use the camera?

A: True Tone doesn’t use the FaceTime HD camera and works independently. There are separate True Tone sensors that do not rely on the camera. So when you use the camera, the iPhone will adjust accordingly.

The True Tone feature is here to stay. Every device that Apple brings out in the next few years will have it. As things move forward, the sensors may become more energy-efficient too.

With that said, you shouldn’t worry much about True Tone draining your battery since the sensors don’t consume much energy in the first place.

About the Author: Alice Bahn

Alice has joined the team after years as an avid apple fan and user, from macs, iPhones to the watch and airpods you know she has and used all the devices and became an expert in the field.